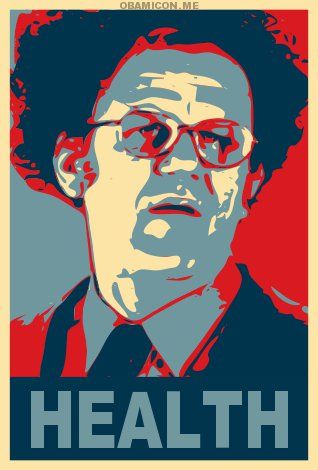 Admittedly, many years of study are needed to become a doctor. It is a profession that lends itself to people who have a morbid curiosity about the human body and who are willing to put in a lot of hours in order to attain the mystical M.D. title.

Society incorrectly assumes that the people who decide to take on this vocation are blessed with some sort of vastly superior intellect. The fact is, although doctors’ IQ scores (105-135) tend to be a little higher than average IQ scores (90-110), they are by no means in the genius range (over 140). In fact, the numbers suggest that quite a few average folks have higher IQs than quite a few doctors. That is, if you buy into the notion that IQ tests have any meaning at all (IQ tests have recently been discredited as a measure of intelligence), but that’s a whole other subject!

Nonetheless, if you have the letters “D” and “R” in front of your name or “M” and “D” at the end, you can bet that publishers will assume that anything that comes out of your mouth is more valid than what a plumber might say. Put an impressive title like “Director of the Georgia Regents University Cancer Center” after the name, and publishers begin to bow in reverence.

A recent article in the Augusta Chronicle shows that “DR” could just as well stand for “Dumb Reporter” and “MD” could mean “mighty deceptive.” The article, titled, ” No smoke, but there could be fire: E-cigarettes might not be the answer,” contains the same half-truths, faulty assumptions and outright lies we have come to expect from the anti-ecig zealots. Because it was written by a doctor with an impressive title, we are supposed to give more credence to the disinformation the good doctor imparts, though.

Written by the Director of the Georgia Regents University Cancer Center, Samir N. Khleif, M.D., you pretty much know you are going to get an agenda-driven piece the second you read the title. Really, doctor, couldn’t you come up with something a little more original than the same “smoke and fire” cliche a hundred other e-cigarette denigrating articles have used in a lame attempt at being clever? Likely, they did not offer decent writing classes at the University of Jordan in Amman, where he got his degree.

Most of Dr. Khlief’s research has been on vaccines, so it is safe to assume that the pharmaceutical industry has played a large role in his career (and funding). He also served as a Special Assistant to the FDA Commissioner – an agency we KNOW is all about discrediting electronic cigarettes. The Fraud and Drug Administration long ago traded in their role as protector of American health in favor of becoming the protector of their benefactors – the pharmaceutical industry.

In the first paragraph, Dr. Khleif admits that, although the pharmaceutical industry has packed the shelves with “an impressive array of products,” none of them have proven to be “quite as popular as the electronic cigarette.” He neglects to mention that none of the pharmaceutical solutions have been as effective as electronic cigarettes at smoking cessation. People who want to stop smoking fare far better quitting cold turkey than using anything Big Pharma has come up with.

He then makes the outlandish claim that e-cigarettes “have proved popular not only for people trying to quit smoking, but also as an alternative for those who claim they will never start.” To make matters worse, he also makes the following wild leap – “What happens, however, to the vaper who determines that the controlled doses offered by an e-cigarette no longer are satisfying that craving? Chances are, many of them will look toward a more efficient delivery system – the traditional cigarette.”

According to what data, Dr. Khlief? Using the term “chances are” is hardly a scientific argument! Perhaps you should take a look at this study of more than 26,000 worldwide consumers before insinuating that e-cigarettes are a gateway to tobacco cigarettes. That study found that e-cigarette users were mostly “heavy smokers who switched to electronic cigs in order to quit real ones.” In fact, according to the study, “only 1.1% of non-smokers had used an e-cigarette.” To use your expression, “chances are,” if an e-cigarette had not been an option, that 1.1% likely would have turned to far more toxic real cigarettes!

Add to that the recent study headed by Dr. Konstantinos Farsalinos of the Onasis Cardiac Surgery Center which showed that 81% of electronic cigarette users have quit smoking completely and you certainly have far more compelling evidence that e-cigarettes are a gateway to quitting smoking – not the other way around!

Next, Dr. Khlief trots out the oft-quoted study done by Nicotine and Tobacco Research journal relating to the presence of formaldehyde in electronic cigarettes. Instead of responsibly reporting that the vast majority of e-cigarettes have formaldehyde levels that are equivalent to the pharmaceutical industry’s nicotine inhaler (both of which are FAR lower than what is in a real cigarette), Dr. Khlief states “many e-cigarettes contain formaldehyde – a known carcinogen – in amounts comparable to standard smoke.”

Yes, people using high powered mods with low resistance coils are exposing themselves to formaldehyde levels that are equivalent to tobacco cigarettes. While it would be nice if e-cigarettes didn’t contain ANY formaldehyde, the human body, itself, produces formaldehyde and is present in the breath of every single person, whether they are a smoker or not. That one known cancerous chemical is hardly equivalent to the other 33 carcinogens found in regular cigarettes, though.

Dr. Khlief finishes up his propaganda piece with the completely discredited CDC survey that reported that 1.8 million middle and high schoolers had tried an e-cigarette in 2012. The CDC study did not ask if the students were regular users or even whether or not the e-cigarettes that the teens had tried contained any nicotine. The study DID show that the vast majority of teens who had tried them were already tobacco smokers and had used e-cigarettes as an attempt to quit their tobacco habit.

When you crunch the numbers from the CDC study, what it really shows is that out of the 33.77 million middle and high school students in the United states, about 5% have tried electronic cigarettes at some point in time. Compare that to the numbers who say they have tried alcohol (78%) or illegal drugs (42.5%) and most reasonable people would say that the number of teens who have experimented with e-cigarettes is shockingly low!

Since you seem so willing to give advice on a subject you have done absolutely no real research on, let me give a little bit of advice to you, Dr. Khleif. Stick to collecting research grants from pharmaceutical companies, conduct your little research projects in support of their cancer treatments and stay away from writing about electronic cigarettes. You are embarrassing yourself! 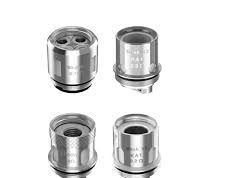 Some factors to consider when choosing a vape coil 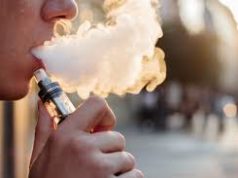 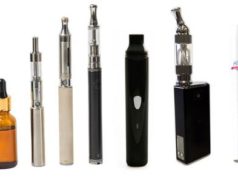 The Best Vaporizers of 2018